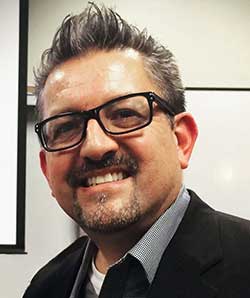 Lalo Alcaraz is one of the most prolific Chicano artists in the nation. His politically charged political satire is unapologetically engaged. He is the creator of the first nationally syndicated, politically themed Latino daily comic strip, La Cucaracha, which is distributed by the Universal Press Syndicate. His work has appeared in The New York Times, The Village Voice, The Los Angeles Times, Variety, Rolling Stone and Los Angeles Magazine, among many others.

This event is part of The US-Mexico Border: Place, Imagination, and Possibility, an exhibition at 516 ARTS and the Albuquerque Museum with citywide public programs.