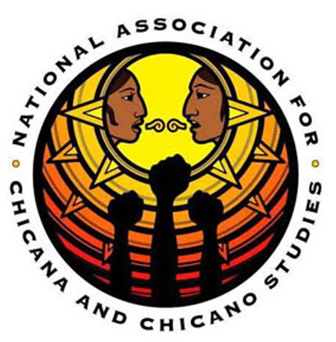 Deadline to submit a presentation for the 2020 conference is November 1, 2019.

The year 1968 has long been heralded as a year of global revolution. From the Tet Offensive to Tlatelolco, and from Black, Red, Yellow and Chicano Power to Brown is beautiful and the Blowouts, the stage was set for the emergence of Chicana and Chicano Studies. The following year witnessed the Santa Barbara and Denver conferences where, respectively, the blueprint for Chicano Studies and MEChA were born and for the first time Chicanas/os declared themselves a People, a Nation, a Pueblo among other Pueblos, and Aztlán itself as a Union of Free Pueblos. As we commemorate the various 50 th anniversaries of many of these events and accomplishments, as well of several respective departments, let us also heed the call of the Zapatistas for the need to rethink our cartographies and calendars. So rather than the uncritical mapping of Aztlán premised on the national-territorial borders of western colonial nation-states or the marking of yet another decade or half-century as is the hallmark of western temporalities, let us use this upcoming 2020 conference to develop the critical hindsight and conceptual clarity on the need for a New Fire – the ceremonial rebirthing ceremony that occurs every 52 years among several Pueblos of the misnamed territories currently named Mexico and the U.S. Southwest.

Building on last year’s theme to engage with the ways Indigenous knowledge informs our lives and work, we invite further exploration of building relationalities with the diverse Indigenous Nations and Pueblos of las Américas Profundas, Turtle Island, Abya Yala, Pachamama. A New Fire Ceremony is the basis for a rebirth, one that marks the end of four cycles of 13 years, which is integral to the cosmologies of several “Meso-American” and “Southwestern” Indigenous Nations and Peoples. Let us thus disobey the cartographic and temporal conventions of western disciplines and nations and reignite a New Fire within Chicana and Chicano Studies to intellectually, politically, epistemically and spiritually combat the violence, destruction, and displacement that characterize the civilization of death and its various modalities (racism, sexism, compulsory heterosexualism, patriarchy, genocide, classism, coloniality, epistemicide, Christian-centrism, eurocentrism, ableism, ageism, etc) that we have accepted as the norm.

In 2020, the Peace and Dignity Journeys, an intercontinental spiritual run to reunite Eagle and Condor nations by building on the autonomy and interrelationship of all Pueblos of the northern and southern continent, will devote its prayer to the Sacred Fire. Similarly, Mexico’s National Indigenous Congress has pointed out that, “¡Ha llegado el tiempo del florecimiento de los Pueblos!” – The time of the flowering of the Pueblos has arrived! Chicanas, Xicanos, Chicanxs, Raza of all nations, genders, colors and ages have been part of and accompanied both movements from the start. So let us revisit that original call of our own for a Union of Free Pueblos to think about how Chicana and Chicano Studies can serve to (re)light the embers and kindlings of new temporalities, cartographies, epistemologies and relationalities in Abya Yala.

Towards these “ends” or rather openings and distinct forms of walking and being in this world, we welcome papers, panels, workshops, and presentations that address the following types of questions and topics, by no means exhaustive:

Topics may include, but are not limited to: