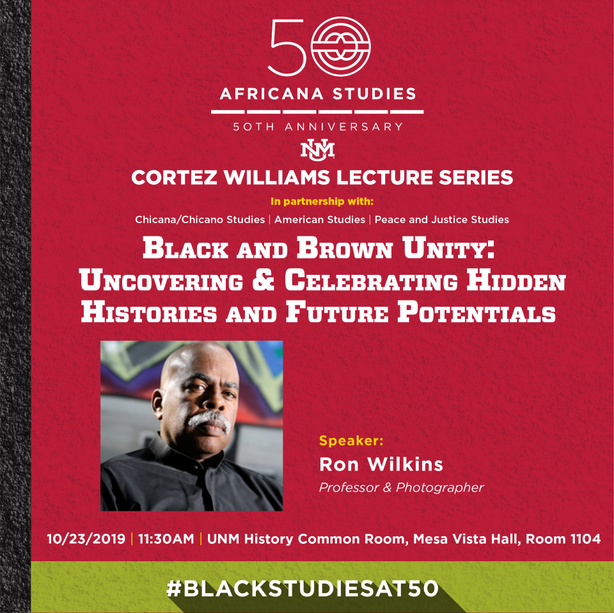 An organizer since 1964, Ron Wilkins joined Student Nonviolent Coordinating Committee (SNCC) Southern California in 1967 and has focused his work as an activist, educator, journalist and photographer on Black liberation struggles in Africa and the Americas.

Over the past 30 years, Ron has concentrated on promoting Black-Brown unity by exposing the acts of solidarity between Indigenous, Mexican and African peoples.

A major feature of his work is to bring front and center the African presence in Mexico and the historical links between African Americans and Mexico.

Wilkins has worked many years toward strengthening relations between Mexican/Latinos and African descended people in Los Angeles and beyond. He has lectured extensively, designed and taught innovative cross-cultural courses at several colleges and taken students to the Annual Meetings of Black Villages in Mexico's Costa Chica.

Ron Wilkins also has an active career as a photographer traveling throughout Africa and Mexico.